Reliability of First-Trimester Ultrasonic Biopsy for the Evaluation of Placental and Myometrial Blood Perfusion and the Prediction of Preeclampsia.

Low placental vascularization measured by three-dimensional (3-D) ultrasound with power Doppler can predict preeclampsia. We evaluated the reliability and reproducibility of the ultrasonic sphere biopsy (USSB) technique to evaluate placental and subplacental myometrium vascularization in the first trimester.We performed a secondary analysis of a case-control study nested in a prospective cohort of women with a singleton pregnancy undergoing ultrasound at 11 to 14 weeks' gestation. Women who developed preeclampsia (n = 20) and randomly selected controls (n = 60) were compared. Other controls (n = 60) were also randomly selected to evaluate intra- and inter-observer reproducibility. Using 3-D power Doppler, the vascularization index (VI), flow index (FI), and vascularization flow index (VFI) were measured from the volume of the whole placenta and the subplacental myometrium and from their respective USSB. Pearson's correlation coefficients (cc) with their P-values were calculated.We observed that USSB is reliable in estimating the vascularization of the whole placenta in the first trimester (cc of VI 0.83; of FI 0.62; and of VFI 0.78; P < 0.001 for all) but was not as reliable for estimating subplacental myometrium vascularization (cc of VI 0.71; of FI 0.35; and of VFI 0.73). Measurement of placental vascularization using USSB showed good to excellent intra- and inter-observer reproducibility (cc of VI 0.86 and 0.85, respectively; of FI 0.75 and 0.75, respectively; and of VFI 0.83 and 0.83, respectively; P < 0.001 for all). Finally, we observed that women who subsequently developed preeclampsia had lower placental USSB VI (2.1 vs 4.8, P = 0.02), FI (32.4 vs. 42.5, P = 0.002), and VFI (0.8 vs. 2.1, P = 0.01) than controls.First-trimester USSB of the placenta using 3-D power Doppler is a reliable and reproducible procedure for estimating placental vascularization and could be used to predict preeclampsia. 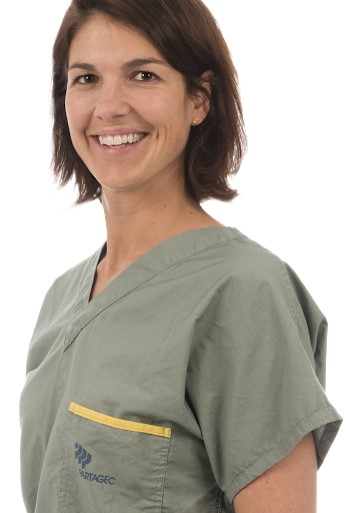